I’ve been doing a re-read of the entire Harry Potter series and I’m more excited for it this go-around because I now have a blog where I can dig into little fun things, like what classes I would want to take at Hogwarts. From the Harry Potter Wiki:

There are a variety of classes taught at Hogwarts School of Witchcraft and Wizardry. These include both the core curriculum and the electives, available from third year forward. In the fifth year, students take the Ordinary Wizarding Level (O.W.L.) exams to determine whether they can achieve a score high enough to continue to N.E.W.T.-level (Nastily Exhausting Wizarding Test) for the class in the remaining two years. Some classes, including the core classes, may be dropped in sixth year.

Keep in mind this particular baseline I’m going with here, however: If magic existed, if wizards existed and therefore, if Hogwarts existed and I was selected to go to Hogwarts, any class would be utterly fascinating to go to. Harry, Ron and Hermione sometimes blow my mind when they complain about certain classes because ANYTHING taken in the magical world sounds freaking fascinating to me. So, I order these by most interested, but keep in mind I’m interested in all of them as a default.

Using the Wiki as a convenient source, there are 15 courses to choose from, eight of which are considered the “core” courses to becoming a wizard. So, the five that would just not make the cut (but again, the default here) would be: Alchemy (sounds fascinating, but a little too much chemistry), Divination (if wizards could actually predict the future, this class would be interesting, but it’s mostly presented as bullshit in the Harry Potter world), Arithmancy (numbers, gross), Astronomy (studying the stars and planets would be great, just missed the cut, though), and Study of Ancient Runes (study of old magical texts would be fun).

Now, for the top ten:

My reasoning is pretty similar to Hermione’s, since we both would have come from Muggle backgrounds, i.e., non-wizarding families: I just want to see how they study non-magical people; the perspective.

This one is probably worth taking for Professor Snape, but this one only cracks my top ten because learning how to make different potions sounds infinitely interesting, but undoubtedly hard, like chemistry issues again.

The study of magical plants and fungi and other things like that? Hell yes. Again, I don’t know much about plants and stuff, but when they have a magical twist, come on.

Again, same thing as above, I don’t know much about a lot of animals, but magical creatures? Get out. We already have interesting non-magical creatures, so when you start adding things like freaking unicorns and a creature like Buckbeak? I’m all in. Plus, you get to be taught by Hagrid. 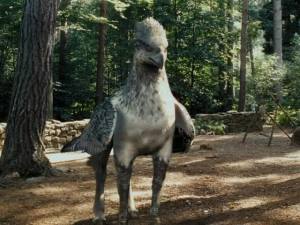 J.K Rowling said this class would add a lot of freedom to the learner since it’s not as strict, as say, Transfiguration and that charms is pretty essential to learning magic. Basically, it’s, what spells can I learn to make this or that happen to an object or a person? Wicked cool.

Turning objects (or people) into other things sounds bad-ass. The application doesn’t sound readily apparent, but I imagine it could come in handy. Plus, learning how to transfigure yourself into something would be kinda cool. I’d be a dog for a few months…

Routinely considered the most boring class in the Hogwarts universe because it’s taught by Professor Binns, but the idea of learning THE HISTORY OF MAGIC sounds endlessly fascinating to me. I love history, but the history of magic? My god.

Enough said (although, if riding a bike hurts the lower…uh…man region, I can’t imagine how a broom would feel…).

Essentially learning how to teleport from place to place. It’s hyped up as being incredibly difficult and potentially dangerous to do (like, say, you’re trying to Apparate to Paris, France, well your torso makes it, but your lower body is left behind in Cincinnati…), but if I could perfect it, that would be neat. I’d be interested to dive deeper into how this works mostly in terms of property rights…

1. Defense Against the Dark Arts

Come on, you knew this was coming. Learning about the Dark Arts alone would be interesting to me, but learning how to defend against them? Bad-ass. I’d love a whole book and movie devoted to the Dark Arts and other dark wizards besides Voldemort.

So, which classes would you most want to take at Hogwarts? Thank you for reading.