Let me first present wherein the thought arises; NPR’s two-part series with Nancy Ellen Abrams. To explain how she can situate a formulation of God within physical reality and thereby make God and science compatible (and thus, the human species can progress and save itself — it’s a lot to digest, I know), she uses the analogy of ants:

The colony can engineer the construction of an ant hill as high as a man and as busy as a city, yet no one is in charge. Some ant hills can last a century. Over its lifetime, the colony will go through predictable stages of development, from aggressive youth to conservative maturity to death, yet no ant lives more than a tiny fraction of that time. What is going on? Where does swarm logic come from?

It emerges from the complexity of the interactions among the ants. An ant colony is self-organizing. Emergence is a powerful scientific concept that cuts across many fields — in fact, it happens throughout evolution. From the formation of galaxies to the evolution of life to the folding of proteins to the growth of cities to the disruption of the global climate, emergence creates utterly new phenomena out of interactions of simpler things.

God, then, as Abrams gets at, although I’m not totally convinced of it and she doesn’t flesh out the steps to arrive at her conclusion enough, is “emergence.” God is the answer to human aspirations, i.e., all individual humans aspire to something beyond mere survival and the complex formulation of that is what we could call “god.” God is generations of humans, individually working together to create complexity around Big Ideas like justice, truth, honesty and so on.

In other words, people seem to think, say, freed markets and social cooperation are at odds or that individualism is at odds with social cooperation. But in reality, all of us individually aspiring to whatever we want to and doing so with the necessary social cooperation of others creates an emergent society of trade and commerce and complex ideas that move the society forward.

And just like the ants, “nobody” has to control it. There doesn’t have to be a central planner. Nobody can even explain it, much less try to dictate its machinations.

That’s why I get frustrated when people argue that free markets are cold, almost anti-human. When to me, that emergence property and the need for social cooperation is what makes markets beautiful; it’s what makes humanity beautiful. 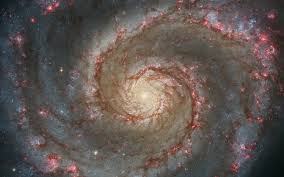