According to this article.

The Obama administration for the first time responded to a Spygate lawsuit, telling a federal judge the wholesale vacuuming up of all phone-call metadata in the United States is in the “public interest,” does not breach the constitutional rights of Americans and cannot be challenged in a court of law.

Thursday’s response marks the first time the administration has officially answered one of at least four lawsuits challenging the constitutionality of a secret U.S. snooping program the Guardian newspaper disclosed last month. The administration’s filing sets the stage for what is to be a lengthy legal odyssey — one likely to outlive the Obama presidency — that will define the privacy rights of Americans for years to come.

I don’t understand how we can have a functioning democracy when the government does not allow an issue to be challenged in the courts. Moreover, there was a meme going around I saw on Facebook — yeah, yeah, a meme — talking about how we started impeachment proceedings on former president Richard Nixon because he wiretapped a hotel room. Yet, Obama (and Bush before him), are essentially wiretapping the entire country along with foreign countries (that are our allies) and radio silence. What is going on? Why is this not resonating? Seriously, this isn’t hyperbolic or what not, any reasonable person ought be able to look at why Nixon was facing impeachment (and resigned instead) and see that his abuses, while legitimate and egregious, are nowhere near the level of abuse perpetrated by President George W. Bush and Barack Obama. I’m baffled. 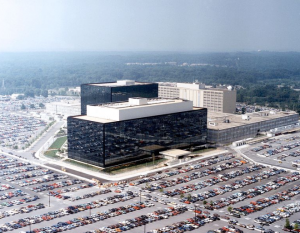