As if summer 2015 couldn’t get any more insane, Warner Brothers and Zack Snyder have set the online world abuzz with a simple image: 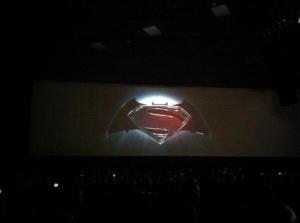 Taken at the Comic-Con. As of now, I’m not entirely sure if the idea is a “World’s Finest” type of film or a follow-up to this year’s Man of Steel, which will feature the “World’s Greatest Detective” in some capacity.

In any event, there is much to consider here. First off, there is the obvious question of who the hell steps into the Caped Crusader’s spot after Christian Bale’s work in the Nolan trilogy? Furthermore, how much back-story will be possible (and there’s always a worry of rushing things) and what will that story be exactly? Some have speculated and I feel this is a fairly good way to go about it, that Batman initially teams up with Lex Luthor to rebuild Metropolis and like him, does not take to this alien presence on earth, but in time, he comes to learn the true nature of both Lex and Superman.

At the very least, I hope they stick to the idea of no Kryptonite because that’s silly. Additionally, unlike the Nolan films, which I loved, but I hope they truly play up that Batman is the “World’s Greatest Detective” and strategist, as that’s the only way he feasibly can stand side-by-side with a God in Superman.

Undeniably, as long as WB secures a good release date amongst an-already crowded summer, a film with the two biggest icons in comics is guaranteed to make some serious box office money worldwide. Could this be the big chance WB needs to catch up with Disney/Marvel? Plus, it also continues to show the differences in the two companies’ approach to the superhero genre and the team-up.

Certainly, regardless of anything, I’m freaking stoked about this and will be following every bit of news as it trickles out. However, I kinda wish there had been some news on a Wonder Woman film. I feel like if WB/DC can get that film right, then everything else will fall into place relatively easy.

I just wanted to reiterate: SUPERMAN AND BATMAN, OH MY GOD 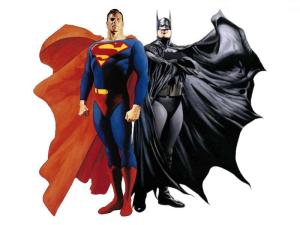