Obviously, the final eight episodes of the series haven’t even begun yet and eight episodes is a lot of television time for events to unfold. However, that said, I figured I’d go ahead and put to paper…er, uh…screen…what I’d like to see happen in the series ending.

Here’s the pivotal scene, which my idea for the series ending is predicated upon, from Episode 4 of Season 5:

Skylar, Walt’s wife, is undeniably desperate at this point. She doesn’t know what to do. Walt has completely and overwhelmingly asserted his dominance over Skylar, physically, emotionally and mentally. She has no recourse, except for one…

She says, “All I can do is wait. That’s it. That’s the only good option. Hold on. Bide my time. And wait…For the cancer to come back.”

I mean, damn. That’s a rough reality for her to admit and confront Walt with therein.

However, what if the series did end like that? What if his cancer returned and he died. Just like that. No guns blazing, death-by-cops or God-forbid, he escapes; he just dies of cancer. All of the acts he has engaged in to “break bad” and all that he has gotten away with, to have nature come back and take it all away from him, the egomaniac, it sounds poetic to me.

He’s a control freak concerned with this “status.” Cancer doesn’t give a fuck. 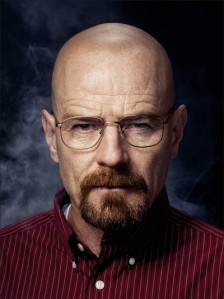