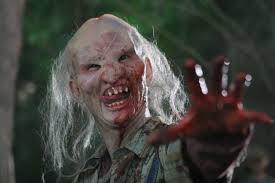 It’s October. Halloween. Favorite month and day of the year. Gives me an excuse to exercise my guiltiest of pleasures: Horror movies. I love ’em. All kinds and all varieties. America or foreign. Classic or new. Supernatural or slasher. Psychological or creature. Gore or slow burn. Doesn’t matter, if it’s fun.

For the rest of the month, I’ll probably use this space to write more reviews of other horror films. Stay tuned!

I did something I haven’t done in a long-ass time last night: I watched a movie all the way through without getting distracted. Then I did it again! And again! In a row! Not too heavy on spoilers, either, below.

Anyhow, Chris hits the car of the others while lost on his way to a job interview. Then all shit breaks loose as they are hunted down by deformed, ugly-ass cannibals. Much killing, gore, nastiness occurs. Some nice high-tension spots, like when they go to the cannibals home, then have to hide when they return and escape as they sleep. A watchtower spot that saw some daring leaps and maneuvering around tree branches. Bad-ass kill of Carly with an ax slicing off half her head and the rest of her body tumbles to the ground below.

Basically, they used The Hills Have Eyes (1977) template, but to great effect I’d say. Quality, often not discussed horror film. 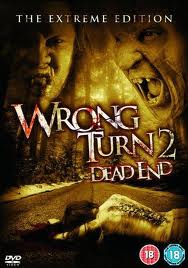 Four years later, we get the sequel and unfortunately, none of the earlier cast returns. It starts off and the premise itself, is very gimmicky for my taste. The whole, “Let’s make our horror movie premised on a game show and shaky cam,” is overdone, but still, there is much fun to be had here.

In particular, Henry Rollins (playing Jake Washington) is a complete and total bad-ass. I thought he was a Marine-wannabe, but he has some nice kills. I also think I’m good at predicting who will get killed and who will live, but they surprised me with that. They also added in a different dynamic from the first installment wherein the cannibals are a family with two parents and two kids (that also are incestuous). They upped the gore and creativity of the kills as well. Not better than the first or as well-shot or with as good a special effects or cast — so yeah — but it’s a fun sequel. 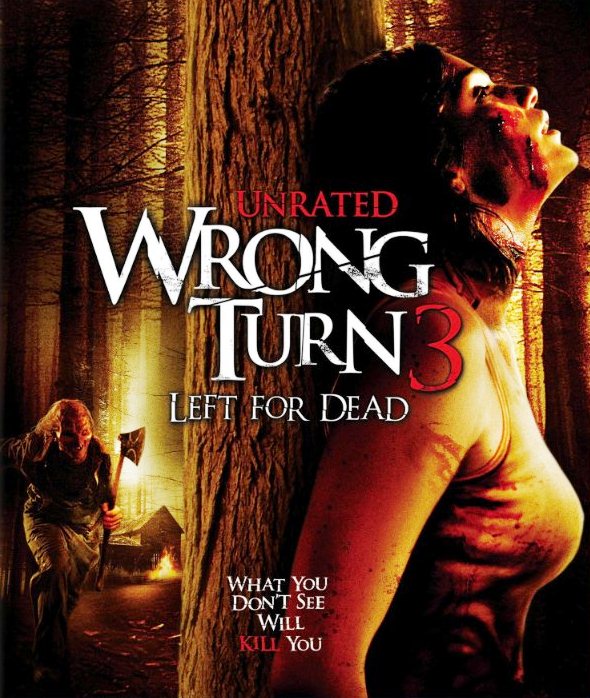 This sequel has a much more interesting premise, although still cliche, than the previous installment. In this one, a bunch of convicts are being transported to a different facility when their transport bus is pushed off the road by Three Finger, the ultimate villain in the Wrong Turn series. From there, Chavez (played by Tamer Hassan) takes over the situation with the guards and other prisoners with a shotgun that apparently has infinite ammo (I swear, he never reloads and yet, I counted at least 30 times that son bitch was fired).

Much of the film actually revolves around how evil and sadistic Chavez is versus anything Three Finger is doing. To the point where you’re rooting for Three Finger to come along and kill this motherfucker. A solid cast and story that notches it above the second film in the series, although the ending almost killed it.

I get that in horror films, they set it up for the sequel at the end of the previous one. But in this one, they did that by completely contradicting the main character’s ethos, but oh well.

So, I’ve seen these first three before, but it was a blast to go through them again, as it’s been a long-ass time since I’ve seen them, especially the first installment. There’s apparently 3 more, with the sixth one released this year. I plan to trek through those as well.