So, this 2012 book by Fox News pundit personality, Bill O’Reilly and Martin Dugard is an interesting book. Due to the subject matter itself — the tumultuous 1960s, the Kennedy’s, and the assassination — there’s not much O’Reilly and Dugard really have to do here to make it a worthwhile read.

Buuuut, since it is O’Reilly, even though he promises at the beginning of the book that this is a fact-based book, there are many places where I chuckled to myself at the infused opinion and embellishment. There are scenes, like when Oswald tries to assassinated U.S. Major General Edwin Walker, that O’Reilly nor any historian could have been privy to how Oswald acted and thought in those moments.

Or how Martin Luther King’s “I Have a Dream” speech is largely described as boring and monotone before it gets to the namesake of the speech. Or how black’s are called “black immigrants” instead of black slaves.

Or apparently how the entire scene where O’Reilly met the alleged conspirator, George de Mohrenschildt, was made up.

And just the politics in general of how Kennedy ought to respond to Cuba and the Soviet Union, what he ought to say in his speeches, and his personal behavior regarding his affairs and interactions with his family.

But here are things we do know for 100% that boggle the mind:

Overall, I think it’s a fun fluff book to read and I’d recommend it. However, I’m now interested in reading a better historical view of Kennedy and the assassination. 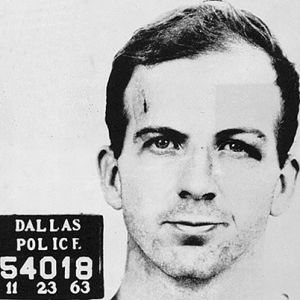