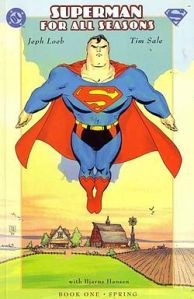 If you’re looking for the quintessential Superman story, then I would recommend Superman for All Seasons, as it’s just so definitively Superman. That is, the limited 4-issue series represents everything that is wonderful, awe-inspiring and hopeful about the Superman character. It’s essentially a coming-of-age story with Clark Kent, as he deals with becoming Superman, revolving around the expected characters in his life, the Kent’s, Lana Lang, Lois Lane, and his arch nemesis, Lex Luthor.

Besides perhaps Red Son, I can’t recall a Superman graphic novel that had a better interpretation of Lex Luthor. He was fantastic in this, as they really played up what makes him such a great enemy for Superman. In other words, Lex is in some sense, a tragic figure. He seems to legitimately care about Metropolis and he views it as “his city.” He even has a long soliloquy talking about how much he loves the city. Yet, Superman comes in, this superpowered amazing good-doer and everyone forgets Lex and what he’s done for the city. Naturally, he blames Superman and goes after him to reclaim his mantle as the “superman” of Metropolis.

The artwork is what makes this story feel so much like…Superman. It has vibrant colors with a mid-Western sensibility as the story progresses through the four seasons. There are a few shots within the book where I had to take a moment to just marvel at them. Admittedly, I didn’t like the drawing of Superman; his body shape and jaw felt off to me, but the coloring was so well done, I didn’t mind too much.

Essentially, what comes to define Clark’s transition from boy of the Kent’s to Superman is a tornado that destroys much of Smallville and Clark learns he can’t save everyone. That’s the core conflict inherent in the Superman character and mythos. To that point, in a conversation with his father, he says, “I could have done more.” That’s what destroys Clark on the inside. He has all these unbelievably wondrous powers and he can save a great number of people on a daily basis, but he can never save everyone. As such, he feels as if he could always do more; he could always push himself and push himself to save…save…save.

I thought the romance between Clark and Lana Lang was well done too. Clark feels comfortable enough letting Lana know his secret, but then she disappears. Consider, how does one measure up to what is essentially a God on two feet? She couldn’t reconcile the enormity of what he was and what he meant to her preconceived dreams and notions; thus, she naturally fled. Of course, she returns and helps give him the extra kick in the ass to get back into the fight against Lex.

As is often the case, it’s ironic just how human a story involving an alien from Krypton can truly be. It comes down to the Kent’s and the equal parts wisdom and love they impart on him. And that’s what carries over into his need and desire to save people. 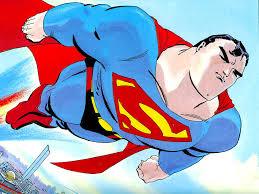