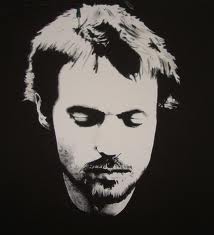 I was having a discussion with some friends about whether we’d want to be blind or deaf. Somewhat of an age-old, this or that hypothetical. No doubt, there have been many a great and successful people, blind, deaf and what have you. People live well-enough with those afflictions. However, going against the grain, when asked, I said I’d rather be blind. For one, I’m already half-blind because of my lazy eye.

But more importantly and the foundation for this ode, if you will, is that I could not bear existence without hearing music. Sure, not being able to see a beautiful woman’s face or another sunset would be killer, but not being able to hear the emotion in Ray LaMontagne’s voice as he says in Burn, “Yes, I will stand here and burn in my skin,” or the opening to Beethoven’s Fur Elise as he masterfully tickles and manipulates the ivories (I get chills thinking about it), would be unbearable. I need music. I do. There isn’t a day that goes by where I don’t spend at least an hour soaking up some good music. I even listen to music while in the shower. Point is, music is everything.

And with that in mind, here is a list, as inspired by Wisp of Smoke’s music blog post in the same manner, of songs I’m currently obsessed with. I don’t think I’m much different than the typical music junkie: When I find a song I like, I obsessively listen to it. To that, I could easily populate this list with Damien Rice since I’ve been obsessing over his “Live at Fingerprints: Warts and All” album. However, I’ll just pick one. Again, following Wisp of Smoke’s lead, these aren’t in order and I won’t add my thoughts to why I chose these.

Okay, I lied, I did two Rice songs, but one features Lisa Hannigan, so it’s different…