Thought I’d pull together some musings I Tweeted, edited somewhat for clarity and coherence.

Today I listened to probably 4 hours worth of debate about the existence (or lack thereof) of God featuring Christopher Hitchens, of course, and his opponents arguing the affirmative of God’s existence, admittedly to which, I forget their names. But not their arguments. Hitchens, whatever you think of him, is like listening to a symphony. He’s eloquent, well-spoken, and funny.

First, I find it odd that people are defeatist when it comes to talking religion. That is, the very idea of having a “debate” about religion is a nonstarter for people. They see it as pointless. I don’t…it’s useful. Religion in some form or another has been around thousands of years with billions of followers. It’s worth analyzing, studying & discussing. To the faith question: I find that interesting. What is it about some or most people that they have a propensity toward it and others don’t? Let me put it this way: If I listened to someone playing the violin that’s been playing it all their life, they could teach me and talk about how they learned for weeks, months, years on end and I could get close, maybe, but I could never play the violin the way they do. Similarly, I don’t understand why some are devout and some aren’t. Is it innate to some people and not others? Why?

I diverge from Hitchens with his thinking that religious people are automatically “stupid.” I don’t think having faith makes you stupid. I used to hold this view, but I’m not willing to condemn billions to a state of stupidity based on their admittance and practice of faith in a God. Even so, his question, “Does religion hold humans back?” is nevertheless, worth examining, I think. Hard to quantify, perhaps.

The affirmative debaters to “God exists,” seemed focus a lot on science, which I get that angle, but I’m more curious about the theology. I find details of Christian theology (Islamic, too, with the “inner jihad”) utterly fascinating; I want to see that fleshed out and explored rather than their arguments trying to demonstrate how science points to God.

And of course, since I started exploring ideas around 15-ish, the God question has always been linked to the Evil question and still is for me. If we start with the proposition that God exists, cool, okay. But suggesting he’s intervening and caring now intersects Him with the Evil question. 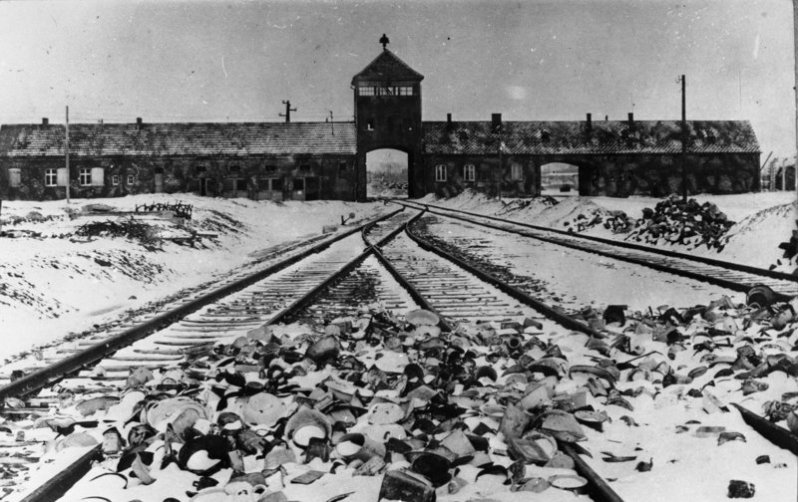 Thus, the proverbial, albeit, cliche question is, What is God doing while his people are being turned to ash below him in Auschwitz by others? Christian theology says there will be ultimate justice in another world. In some sense, I get that. In another sense, what about this one? What about the immediacy of the suffering?

And their retort to the humanist (which is where I come at this) is, On which moral standard do you believe Auschwitz to be morally repugnant in a naturalistic world? Rephrased another way, On whose authority do you reject the evil of Auschwitz, if there is no ultimate arbiter of morality (God)? Caveat before my answer: Mainstream philosophy is preoccupied with naturalism, which once I found this out, was much to my dismay. Naturalism, succinctly put, is not a moral philosophy. Science can tell me Jews were exterminated in Auschwitz, but not that it’s wrong. There’s nothing in empiricism — the five senses and observation — that can get at the “rightness” or “wrongness” of actions.

From where does a humanist derive the standard to refer to Auschwitz as “wrong”? Our rational, empathetic, emotive tools as human beings. In other words, to put it in my more laid back parlance: Humans get together, figure this shit out and say, “That’s wrong. Never again.” (“Get together” is not necessarily in a literal sense, either.) There’s some innateness to it, as empathy appears to be (barring sociopaths) and evolutionary necessity to survive as a species, to “care.” It’s hard to advance as a species if at some point, there wasn’t people saying, “You know, it’s probably wrong that you clubbed that bearded dude’s head in.”

As a humanist, there are, I believe, universal, moral, capital T truths. “Do no harm,” seems to be rather universal. I’m certainly not subjectivist. Put another way, subjectivism is merely advancing the idea of no morality. What’s right for you, is right for you; I can’t object.

There’s much more to be said, especially on the question of free will and determinism, but I think that suffices for now. As a final thought, religious or not, I can’t think of many things more beautiful than Islam’s Call to Prayer: