Fair warning on spoilers ahead.

The Central Park jogger case from 1989 has the makings of a high-intensity John Grisham novel: an outraged public, a railroading prosecution, coercive cops, a complicit, fear-mongering media and bubbling underneath is the racism in the criminal justice system that reminds one of the early-to-mid-20th century under Jim Crow. Like, the ghastly murder of Emmett Till, a 14-year-old, in Mississippi for reportedly whistling at a white woman.

As one commentator notes in the film, if this had been 1901 instead of 1989, the Central Park Five would’ve been lynched and likely castrated. The court of public opinion was clear at the time: These guys did it, these guys are thugs and animals preying on a white woman and deserve the death penalty.

But they were children between the ages of 14 and 16. They were black and brown. But that wolf pack characterization stuck and confirmed the worst, racist beliefs of New Yorkers, believing their city under siege.

Directed by the esteemed Ken Burns, The Central Park Five, is at times a matter-of-fact detailing of the case from start-to-finish with archival footage and news reels. And at other times, it’s a raw and unfiltered portrait of injustice when its interviewing the five involved: Raymond Santana, Kevin Richardson, Anton McCray (who didn’t want to be on film visually), Yusef Salaam and Kharey Wise.

Even though none of their DNA matched the victim, Trisha Meili, and none of their coerced confessions lined up or made sense along with established, intimate facts of the case, the two prosecutors forged ahead with the case. The confessions were all they needed.

It was undoubtedly a brutal, horrific crime that deserved justice, but as a few noted in the documentary, let’s be honest: in 1989 New York City, there were a lot of horrific crimes, but it’s obvious why this one reached such notoriety. She was a wealthy white woman attacked in the famed Central Park by five black youth. You couldn’t fictitiously draw up a more ripe case for media dominance.

And she survived! That’s truly amazing and thankfully her real attacker was later caught, but not before he went on to attack (and kill) other women and not before five teenagers and their families had their lives ruined innocently.

My problem: Even after they were exonerated — which didn’t make the splash their prosecution made — the police reviewed themselves and found they didn’t do anything wrong (shocker), the prosecutor (who made a career off of convicting innocent teenagers) maintained that they were still guilty and the media of course didn’t do any self-evaluation.

Sure, sure, they did “eventually” get a big settlement, but the city didn’t admit any wrongdoing and if they’re not admitting any wrongdoing, even though there clearly was something wrong that occurred, then what’s to prevent it from happening again? How many others are languishing in jail after being railroaded, too?

And the most ironic part: This case was supposed to be a “test” for the criminal justice system in New York. Well, what a test it was in all the wrong ways.

The only, only solace I can think of for these five: They didn’t get the death penalty, as some wished and they didn’t die in prison. 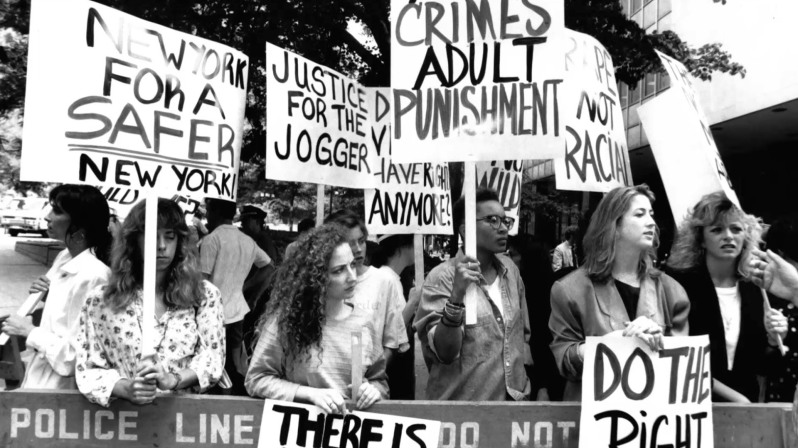