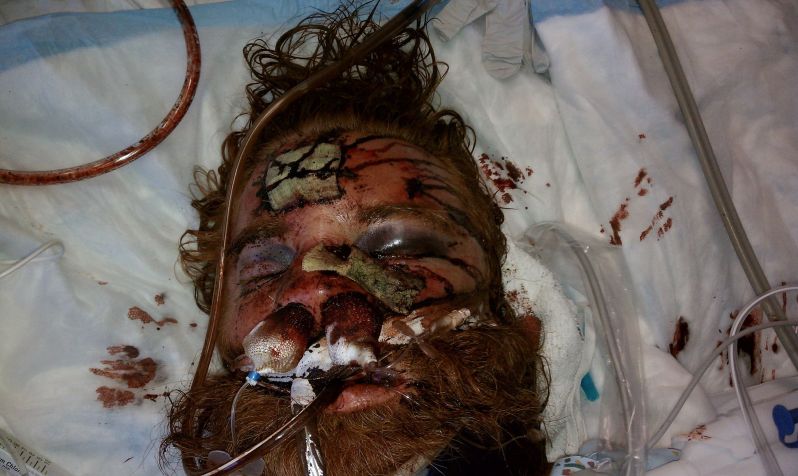 If you remember, I relentlessly followed the Kelly Thomas case (and he’s a white guy! for all you people that think I seem to only pay attention to white police officer-on-black-individual cases). If you want the overview, it’s here. More here. Posts on police violence more generally here, here and here.

So, I’m not going to spend time rehashing the details of the horrific case, but I would certainly recommend familiarizing yourself with it, nonetheless. But there is a worthy update. According to the OC Register:

The city of Fullerton agreed Monday to a $4.9 million settlement for the father of Kelly Thomas, a homeless, mentally ill man who died four years ago after a violent encounter with Fullerton police.

So, four years after his brutal death, the city decides to give the father $4.9 million. That’s certainly a form of justice, but it’s a perverted justice for two principles reasons: 1.) Nobody is personally going to be punished for their actions regarding Thomas’ death. 2.) Who pays that $4.9 million? Fullerton taxpayers. Certainly not the people that beat Thomas to a pulp.

Thus far, taxpayers have shelled out $2 million dealing with this police abuse specific to this case.

We have a problem in America. Police officers, in the rare event that they are actually charged and tried for a crime, are almost never found guilty of the crime. Most of the time, if there’s any concession given to victims of police brutality, it is these settlements, but as I’ve said, even the OC Register said this particular settlement isn’t an admission of guilt by the city of Fullerton or its police department and nobody connected to Thomas’ death will pay for it.