Narrator’s voice: He doesn’t actually stave off depression. The author is using a rhetorical flourish here. That omnipresence SOB can’t be kept at bay, but perhaps it can be tamed momentarily.

But seriously. I’ve been thinking lately about the ways in which I try to keep the beast at bay as best I can. Or at least, to distract myself from its presence. Even then, while engaging in these things, it still can enter and derail whatever it is I’m doing. But, over the years, I’ve found these five things to generally be helpful. This is not an exhaustive list of things I do to try to help, but it’s among the go-to ones. These are in no particular order of importance or helpfulness.  It’s also not meant to be a serious list in terms of, you’re not going to see therapy or anti-depressant prescription drugs on here or meditation or anything like that.

With that in mind:

Oh, well, that’s easy, huh? Kind of. At depression’s worst, this basic task of taking a shower sometimes seems Herculean, and easy to avoid doing. The bed and its well-carved out shape of your decaying body is all too welcoming and perversely comforting. Just stay there. For hours. And hours. Until you run out the clock on another day, and who cares if your hair is a bit greasier and you can start to smell yourself. You’re not seeing anyone anyway, right?

Well, friends, something that helps me when I’m in this mode is to get up out of the bed, and take a shower. Even if, quite often, I’m going to return right back to that well-carved out shape in my bed, going through the motion of getting cleaned up, changing clothes, and brushing my teeth helps. It gives you a small victory in days and nights filled with negative thoughts telling you how much of a loser you are. At least you obtained this particular victory. Something was accomplished, even if basic.

And I personally like finding reasons to listen to 20 more minutes of a podcast I’m enjoying. Yes, I listen to a podcast while showering.

Also, as a general rule of thumb, taking a shower makes me feel good when I’m sick, sleepy, and as said here, depressed. 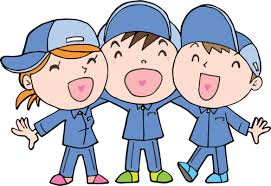 Something that has helped me tremendously these last seven months, but has always been an outlet for me, is comedy. For example, in the last seven months, I’ve re-watched two of my favorite series, both of which had nine seasons: Family Matters and King of Queens. Additionally, I’m now making my way through all eight original seasons (I actually think they had five original seasons, then were canceled, and the additional seasons are cobbled together from prior tapings, but alas) of Whose Line Is It Anyway?

Just laughing. I’m not going to say the cliche adage here, but it’s true. It helps. For a time. There’s also an element of nostalgia and comfort to it. Watching King of Queens or Whose Line again is like eating comfort food. It’s a well-trod space, and when you can find those comfort spaces during the darkest of times, that helps.

Yes, yes, I’m a bit of a madman. Most people want to escape from politics, not escape to politics. But politics has been an outlet of sorts ever since I became more socially and politically aware in 2004 and 2005. Again, most people think Twitter, for example, is a scourge and makes their mental health worse. And I’m not going to doubt that it does for some people. But for me? Twitter and the endless scrolling of Very Online™ Twitter discussions is invigorating. Or can be, when I’m in a dark place. It can be a needed distraction. And it’s not just scrolling, but offering my own thoughts, or reading a well-written opinion column, or reading a news article from a great journalist (or journalists). Long-form articles in particular can be a great way to escape.

When I’m mentally drained and exhausted after work, one of the first things I do is turn on a political podcast. I enjoy that world and am aptly self-described as a political junkie. I do not tire of it as a premise (but of course, I can tire of frustrating political arguments or positions).

Spotify is a godsend, particularly its Browse + Discover feature. That beautiful algorithm finds music that aligns with my tastes based on what I’ve previously listened to, helping me to find other great songs and artists. This one’s rather tricky, though, as a form of escape. I’m not someone who can just sit here on my laptop and listen to music. I don’t sit in my room and pop on YouTube to listen to music. I have to actively be doing something (usually writing) in order to listen to music.

That said, great music, great lyrics, great sound, can help. This one, like politics, is a bit weird, too. Because normally, I would imagine, if someone is feeling down, they want to listen to get-up music. Something happy. But most of my favorite musical tastes trend sad and bluesy. But it helps? Perhaps because I can relate to some of the depressing content they’re singing.

I want to do a separate blog post on my favorite music I’ve been listening to lately, but I’ll offer one example for now. M. Ward’s appropriately titled, “Sad Sad Song,” inserted below.

It’s my form of comics (and I like actual comics and shows/films based on them, too!) where I can dive into the world of good vs. evil, over-the-top characters, and at its best, story-driven (and athletic) beautiful art.

Particularly, my favorite professional wrestler, The Undertaker, somehow, in the year 2020, continues to “be there” for me. After all these years (he debuted for WWE in 1990, two months after my birth), he continues to entertain me and take me out of the funk, at least for a little bit.

As I said, these are only five ways I use to help escape or keep the funk at bay. Others include reading and writing, exercising, cleaning (dishes and laundry, in particular), film and TV (to get more broad than just sitcoms/comedy), interesting conversation with people, do-it-yourself projects (believe it or not), and of course, my dog! Imagine a house without a dog, good grief. 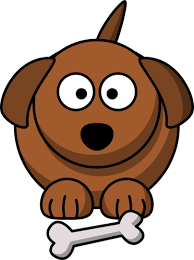 What are some of the outlets, escape routes, and cathartic ways you try to keep depression at bay, if only momentarily? Let me know in the comments!