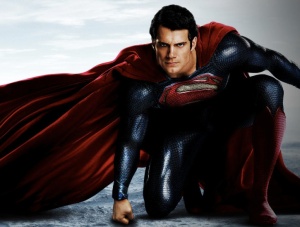 If you’re not familiar, Rottentomatoes is a film review aggregate Web site (at least, that’s what it is mostly known for). When enough reviews come in, they establish a “consensus.”

Well, the reviews have started coming in for Man of Steel and this is the consensus via Rottentomatoes:

Superman’s return to the big screen is mostly successful, as Man of Steel provides enough exhilarating action and spectacle to overcome its occasional detours into generic blockbuster territory.

To be honest, I’m not sure how I feel about this. Obviously, I had high hopes that the film would score in the high 90s percentage-wise. I want it to be as big of a commercial and critical success as possible. That said, there seems to be a common theme among the negative reviews for the film: action and lots of it.

That’s exactly what people want from a Superman film along with maintaining the Superman mythos. If the film is that, then I can still seeing it being a massive critical success.

Also, why not have a look at this amazing trailer again: