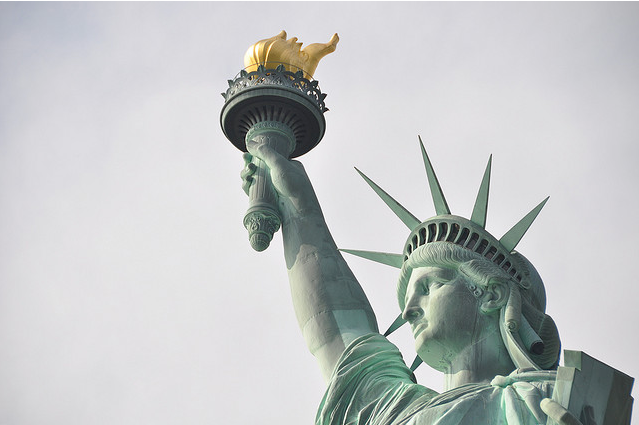 You often hear people say, “Hey, man, I’m not against the free market; I’m just against the unregulated free market.” Which of course, they don’t really mean this since they favor government involvement in education, health care, energy, food, money, banking, farming, an interventionist foreign policy, protectionist trade policies and so on. And they’re also saying an unregulated free market is akin to chaos, which is a fundamental lack of understanding in the free market or its self-imposed regulations.

But I digress because those same people for some reason have no problem with unregulated politics. They have no problem with how opaque and unaccountable the federal government actually is. They have no problem doing as Obama said and “not looking back” to Bush administration and their use of torture. And this is the area that absolutely needs regulation considering you’re taking these fallible human beings these people posit would destroy everyone on an unregulated free market and you’re giving them unimaginable power (over all the aforementioned areas of the economy, not to say anything about the NSA and CIA’s activities).

Politics takes the worst of us and magnifies it and forces it on everyone else. Money isn’t the root of all evil, but rather, concentration of power in the hands of the few is the greatest enemy to human flourishing and human love I can imagine. Just look at what it does to us every two or four years. We divide up sides and bicker and toss such vitriol at each other.

Contrary to popular myth, the free market is not about rugged individualism or “survival of the fittest.” The market survives because of social cooperation and peace between parties.

On the other hand, politics is very much about fostering a dog-eat-dog world. Imma get my slice of the political power and fuck the rest of ya, kinda thing.

People talk about capitalism like it’s a pizza pie of wealth, so Bill Gates having $78.9 billion takes considerably from that pizza pie of wealth. The rest of us mongrels are left to make hay out of the leftovers. But not only does capitalism not actually work like that (we’re wealth generators and Gates having $78.9 billion in no way detracts from my wealth or potential wealth, just as my neighbor having a fancier car than me doesn’t make me less wealthy), but those same people ignore the arena in which there actually is a dividable pie: Politics.

Politics is exactly the arena wherein every two or four years, the Republicans and the Democrats trade-off control and dividing up the pizza pie of power. The more pizza (power) they take, the less well-off we are economically and in other ways (civil liberties, for one).

Capitalism is seen as treating humans like livestock and commodities. Nah, that’s politics. We are their livestock. There is no consideration given to the people their policies hurt every day.