No spoilers ahead, fret not. 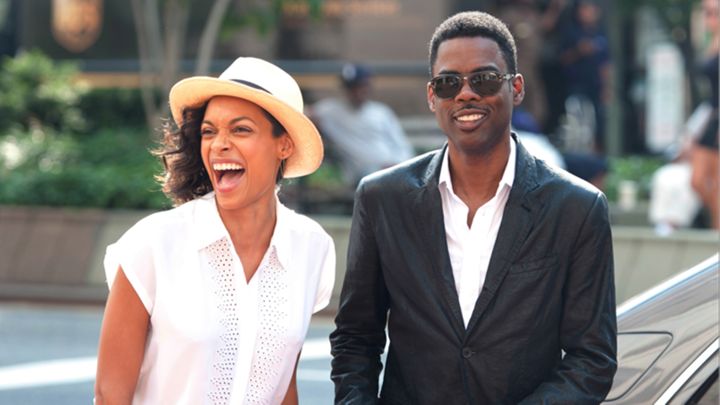 Chris Rock and Rosario Dawson star (and Rock also directs) in this rom-com with Chris Rock a former stand up comedian trying to make a serious go at dramatic movies and Rosario is the New York Times journalist that wants to interview him and get at the truth of who he really is. Meanwhile, Rock’s character is going to marry a reality star on the Bravo Network, as played by Gabrielle Union. Throughout we get cameos from DMX, Adam Sandler, Jerry Seinfeld and one of my favorite, under-appreciated comedians, Brian Regan.

I had low expectations of this film because I saw it on a lazy Sunday with a free ticket and I just wanted to see a comedy, as I usually don’t go out to see those in theaters. But wow, this film I can see creeping into a lot of top 10’s as the year winds down, including my own. And sure, I did get some knee-busting laughs because Chris Rock is great, as is his supporting cast, especially those playing his family, but I also had the pleasant surprise of finding some serious consideration of celebrity, fame, reality television, comedy, drama, race, love and relationships woven throughout. Chief among them perhaps was the issue of “identity,” which overlaps in some of the aforementioned areas.

What is our true identity and do we let others see it? Are we trustful enough to do so? Or do we bow to the expectations of others? Interesting questions that get fleshed out in this rom-com.

Rock was of course brilliant in his delivery and delivered the goods when it came time to be dramatic, but Rosario Dawson is a true treasure. I’ve been in love with her since seeing her in Seven Pounds opposite Will Smith. She’s just so lovely, sweet, and charming, but also fiery, biting and tough. She’s every bit all those qualities in this film and most assuredly stands her own opposite Rock’s presence. They had palpable chemistry, too.

Also, a running theme in the film was the namesake of it, to name top five rappers, so:

I’m probably forgetting someone good. Anyhow, if you’re looking for an intelligent, worthwhile rom-com, this is your chance. Trailer below (also note: this trailer, even though it’s unusual for a comedy trailer, doesn’t give away the film):