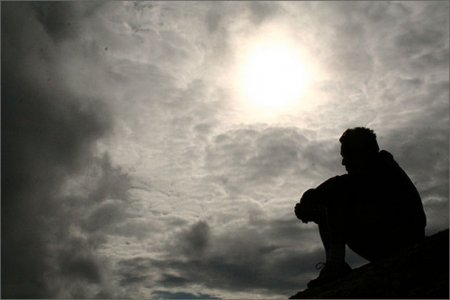 On Mondays, Wednesdays and Fridays, I do a particularly robust amount of commuting to and fro. As such, I get ample time to soak in the delight of poignant podcasts and/or my own spin-off musings. Below is the spawn of today’s commute:

When I’m engaged in a religious discussion, usually, but more broadly in discussions about morality, specifically good and evil, I hear the reference to yin and yang. That, in order for us to fully enjoy pleasure, we have to know pain. Or to to fully appreciate goodness, we have to know evil. The opposite grounds the other, thus allowing the appreciation.

Mhmm, this is true, in a sense. But it’s not the fullest of sense, is it? Consider, pleasure is not merely the absence of pain, is it? There’s something a bit further down the scale that envelopes pleasure or goodness or whatever other “virtue” or experience or sense you want to substitute in.

If a magical wand were waved over human experience and at once, we were living in the absence of pain, that wouldn’t be enough, I suspect. There would still be innate yearning, a need to keep reaching for some higher understanding of pleasure. That’s human nature — we keep pushing the boundaries and if there aren’t any, we’ll construct them merely to climb over them.

Tangential to this notion is an interesting paradox I was considering and is the namesake of this particular post. There’s a paradox in grief in that it’s painful precisely because of the remembrance of pleasure and the longing for its return. Certainly, there’s varying levels and layers to grief and it can be more than just longing for pleasure’s return — in some sense, we’d want pain’s abatement, regardless — but I find it fascinating that even in the seemingly painful, there is pleasure.

Or consider, there’s a certain, albeit small, bit of pleasure involved when we see tragedy. For instance, you’re driving down the highway and on the other side of the median, you see a terrible car crash. One car is mangled, completely unrecognizable. There’s an ambulance already on the scene. There’s a stretcher. You intuitively know it has to be serious and bad for the driver(s). And yet, in the pit of your stomach, maybe not even to the extent of arriving at the threshold of your cognition, you have a sweeping sense of relief — and I’m characterizing it as pleasure, I’d stop short of characterizing it as schadenfreude  — that at least it wasn’t you. That you’re still safely tucked behind your seat belt, going 75 MPH down the highway, safe and sound. For now.

In the distance from tragedy, we find the selfish, but understandable, pleasure that, “At least it wasn’t me.”

That’s a musing for another day, however.