That is to say, Tom Hardy is not really the “lead” in this film, as much as Charlize Theron is (even though, at least to my memory, the studio marketed Hardy as such) playing the role of sex slave liberator, Imperator Furiosa. Moreover, the narrative thrust of the movie really has nothing to do with Mad Max; he’s basically a supporting character to the overall story of sex slave liberation.

Even though the story isn’t so much about Mad Max, George Miller’s fourth dive into the Mad Max franchise is absolute fucking madness, all the same. It’s action from the get-go, in the middle and to the end. It’s beautifully shot, intense and crushing action, often times during high-stakes car chases. While films like the recent Avengers sequel fall under action (the sub-genre “superhero”) and even though I quite liked that film, it wishes it had action like this.

This action feels fresh. Avengers’ action with cities being destroyed and hand-to-hand battle, felt been-there-done-that; it’s more exciting because of who is doing it (the Avenger characters) rather than the fighting itself.

Also with the Avengers (just to maintain the easy, recent comparison), you have a lot of exposition, i.e. “telling” the plot. Which I’m not against; I don’t mind dialogue and exposition. But for an action movie, Fury Road almost completely does away with such downtime. There is no downtime to recover from the previous epic action scene; it’s on to the next, so better keep.

Returning to the gender subversion, there’s more than merely Theron being the real star in this action vehicle. The theme itself is about female empowerment. Like the above picture indicates, the sex slaves literally cut off their chastity belts. Moreover, it’s even more bluntly and literally painted on the walls where the women were held prisoner:

Who killed the world?

Men and overt masculinity, clearly. Men with their usual dick-measuring contests turned the world into an apocalyptic wasteland. The War Boys best represent this masculinity, personifying it to the point of martyrdom. And you know, going by the name “War Boys.”

To all of this, some have been calling this a feminist movie, which I don’t disagree. Some are even saying this film is a game-changer, not just setting the bar for action films, but for portrayals of women on film. Again, I find it hard to disagree.

And yes, so far at least, it’s the best movie I’ve seen this year. 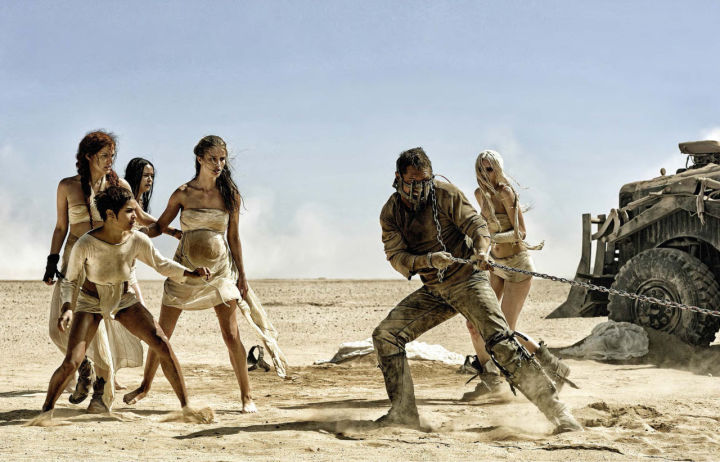