I’ve talked extensively about this 2013 film in the run-up to it and in the aftermath. I re-watched it two nights ago and I wanted to revisit it. Where shall we start? The Rottentomatoes consensus based on 289 reviews (making a percentage of 56%) of the film states:

“Man of Steel provides exhilarating action and spectacle to overcome its detours into generic blockbuster territory.”

Not exactly a horrible consensus, but I’ll rattle off the top complaints I remember about the film in its aftermath:

That last one is likely the most prominent criticism. There are, of course, other criticisms, but those are the top three I remember. Let’s get at it:

It’s an alien suit from Krypton. It makes sense that it’s going to be more drab than the normal bright suit we are used to. I liked it and I thought it looked great on film. Now, sure, I hope they eventually progress to the brighter suit we are used to. As that’s kinda the point of Superman.

Yes, indeed, Superman — who people say is not supposed to kill — snapped Zod’s neck before he could use heat vision on a family at a train station. There’s a lot of facets to this, so let’s break it down. First and foremost, Superman has killed Zod numerous times throughout the comics. It’s not unprecedented. Secondly, Zod was born and bred to be a warrior and to do anything for Krypton. He wanted to turn Earth into Neo-Krypton, essentially. And in that pressurized situation where he was directly threatening that family, what choice did Superman really have? Thirdly, and most importantly, I believe, this profoundly impacted Superman to do this, which sets up the sequel nicely to see how he deals with it.

3. Superman doesn’t care about the civilians in the movie.

This couldn’t be more off base. The entire movie is based around Superman trying to save humanity from an alien invasion. In the flashbacks to his childhood, he’s constantly saving people. In the beginning of the film as a nomad trying to find himself, he’s saving people. When Zod attacks, he saves the helicopter pilot and that whole regiment (that’s why they stop seeing him as an enemy), he tells people to go back inside, he saves Lois numerous times and he purposefully sacrifices himself twice for the entire human race (first in surrendering himself to Zod and then in trying to destroy the terraforming machine).

In my view, the film works on multiple levels. His Earth father is so worried about what the human race will do to him once he is outed as an alien that he’s willing to sacrifice himself to keep Clark’s secret. His real father on Krypton sacrifices everything to send him to Earth to bridge two worlds and be the hope humanity needs.

And then you have General Zod, a tragic figure in a lot of ways. He’s just trying to save his people — he was literally born that way. It’s hard to fault him, really. But in any event, he has an army of essentially Supermen behind him. Then you have Superman himself.

When they do battle on Earth, it’s going to do some fucking damage. It’s going to topple skyscrapers and it’s going to kill a lot of people. And that’s how it should be! For once, a film portrayed just how powerful Kryptonians, including Superman, really are. And it wasn’t without purpose! Zack Synder has repeatedly said that the destruction, unlike in other superhero film, is going to be addressed. In fact, it’s the whole purpose for why Batman comes at Superman in the sequel (and Lex Luthor)! I mean, come on!

And finally, in my view, he hasn’t fully become Superman yet until maybe the last three minutes of the film. He literally just put on the suit, but the suit does not a Superman make. The ethos of Superman clearly develop out of that first battle, understanding of where he came from and the need to kill Zod. It’s beautifully done, I believe.

I also maintain that Man of Steel is my all-time favorite comic book/superhero film. It’s the Superman film I’ve been wanting to see and even then, it still hasn’t reached the fullest potential of what to expect from Superman on the silver screen. I can’t wait to see what else they do and where they take this great story.

As long as I’m around, I will never understand why this film was so polarizing and gets so much hate. I think it probably comes from a good place — people love Superman — but I feel like they’ve missed the mark on their complaints of this film. 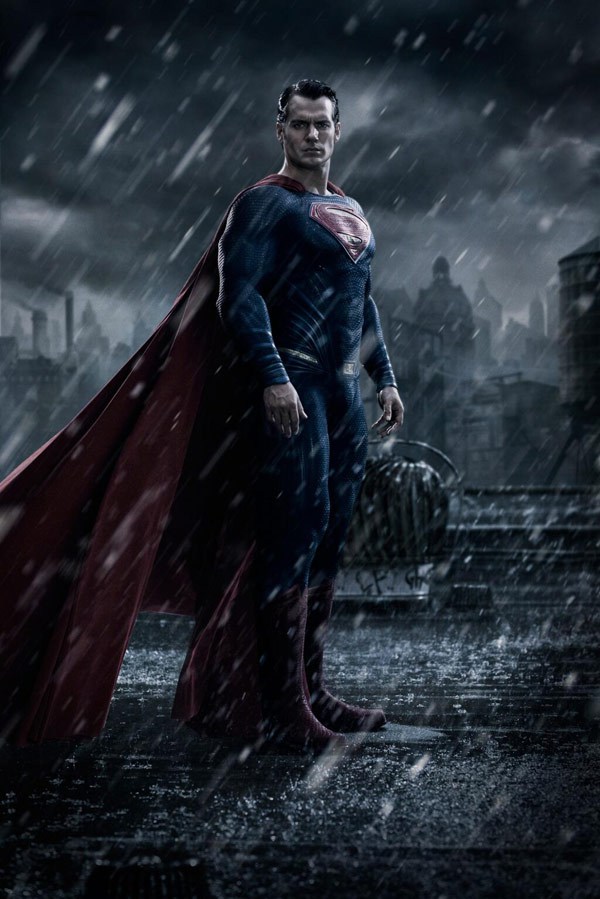